Community Engagement: Giving Away Control to Get Results 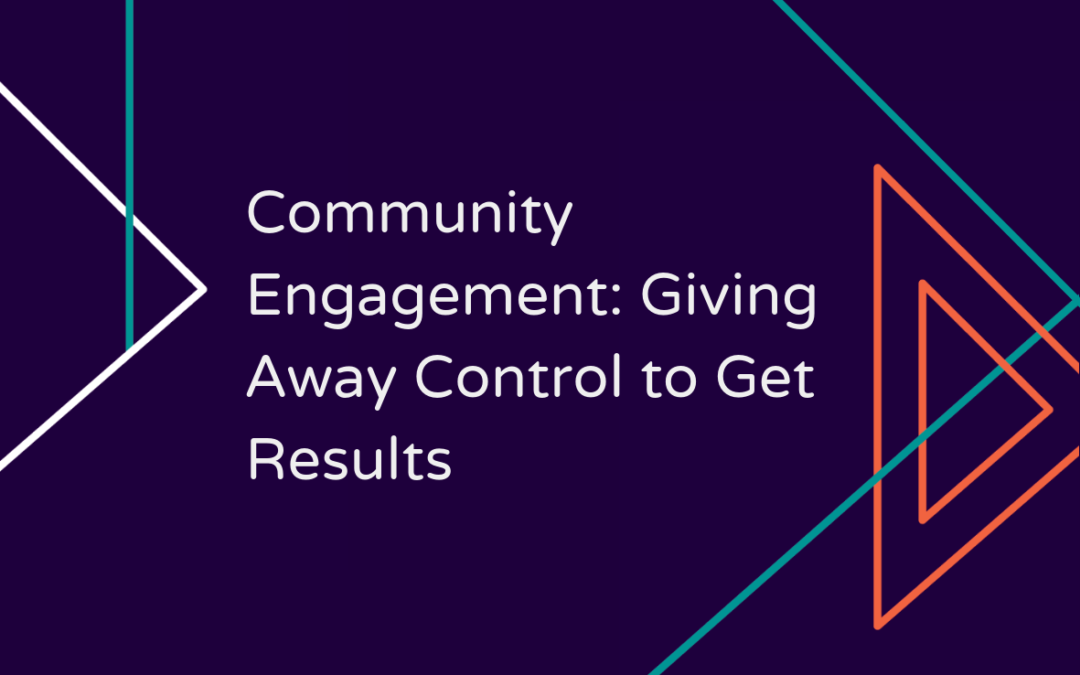 What is community engagement? I mean, what is it really and what it can achieve?  Communications, public relations even sales… none of these things are community engagement. Some of them are the positive flow-on effects from good community engagement but they should never be the starting point, or even the aim. It’s sad to see how many organisations get their approach wrong, often at the expense of well-intentioned initiatives. You may hear practitioners talk about community engagement happening on a ‘spectrum’, and each level has a corresponding promise about ‘what we will do’. A common response is for an organisation to see engaging up in the co-designing, empowering, deliberating end of the spectrum as risky business. The inform or ‘consult’ end is a much safer space, right? We’ve seen enough projects to know that, in a well-designed process, the reverse is true. Influence is at the heart of community engagement. When you’re engaging with the community this means:

As well the community’s level of influence in engagement process, equally important is the influence needed at the practitioner end. And this is where many organisations stumble. Some of the most complex issues are dealt with by large, multi-faceted organisations, which makes it inevitable that there will be multiple work areas and people involved when it comes to implementation. Often ending in confusion, conflict and a general dissatisfaction with the process. Community engagement needs to be led by a practitioner who will influence up, down and across, guiding your project from start to finish. It’s not just about the person – if your organisation is confused about what community engagement is, even the best person will struggle to achieve this. The last thing you want is to have the project or initiative spat out the other end not resembling anything like what went in. A great project I worked on in the past year that springs to mind handed over quite a bit of influence. It went a little like this:

It went through five different work areas, survived some staff change and brought some of the most heartfelt thanks and hands-on involvement many seasoned professionals had seen. An unintentional sideline to this was the amount of good news that continues to flow – radio, in print press, on social media, in video, face to face. Better still, relationships have been built. Had this gone the ‘tick box’ way of so many engagement processes run by large organisations, it could have been an epic waste of money requiring ongoing maintenance (build it and they do not come), failing the goal of the project and insulting a range of people causing reputational damage. Sharing influence through a well-designed community engagement process has been proven to lead to decisions that are robust, supported and indeed often championed by your community. Rather than seeing it as letting go, by sharing the decision you’re sharing the risk. This post was written as part of Global Community Engagement Day #commengageday which is held on 28 January.